Pennsylvania family court Judge Kim Berkeley Clark has been named recipient of the 2017 William H. Rehnquist Award for Judicial Excellence, the highest honor bestowed to a state court judge by the National Center for State Courts (NCSC). Judge Clark has earned a national reputation for transforming the way children and families who enter the court system are treated, by creating a “trauma-informed” courthouse.

Judge Clark works in Pittsburgh, but her programs have been replicated in courts across Pennsylvania and across the country. 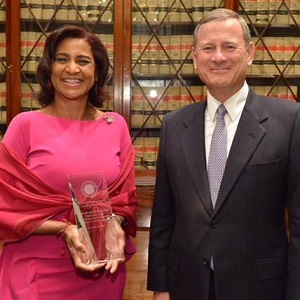 Judge Clark was appointed to the Court of Common Pleas of Allegheny County by Governor Tom Ridge in March 1999.  She was elected to a full 10-year term in November 1999. Prior to becoming the administrative judge of the Family Division, she served as the Supervising Judge of Juvenile Court.