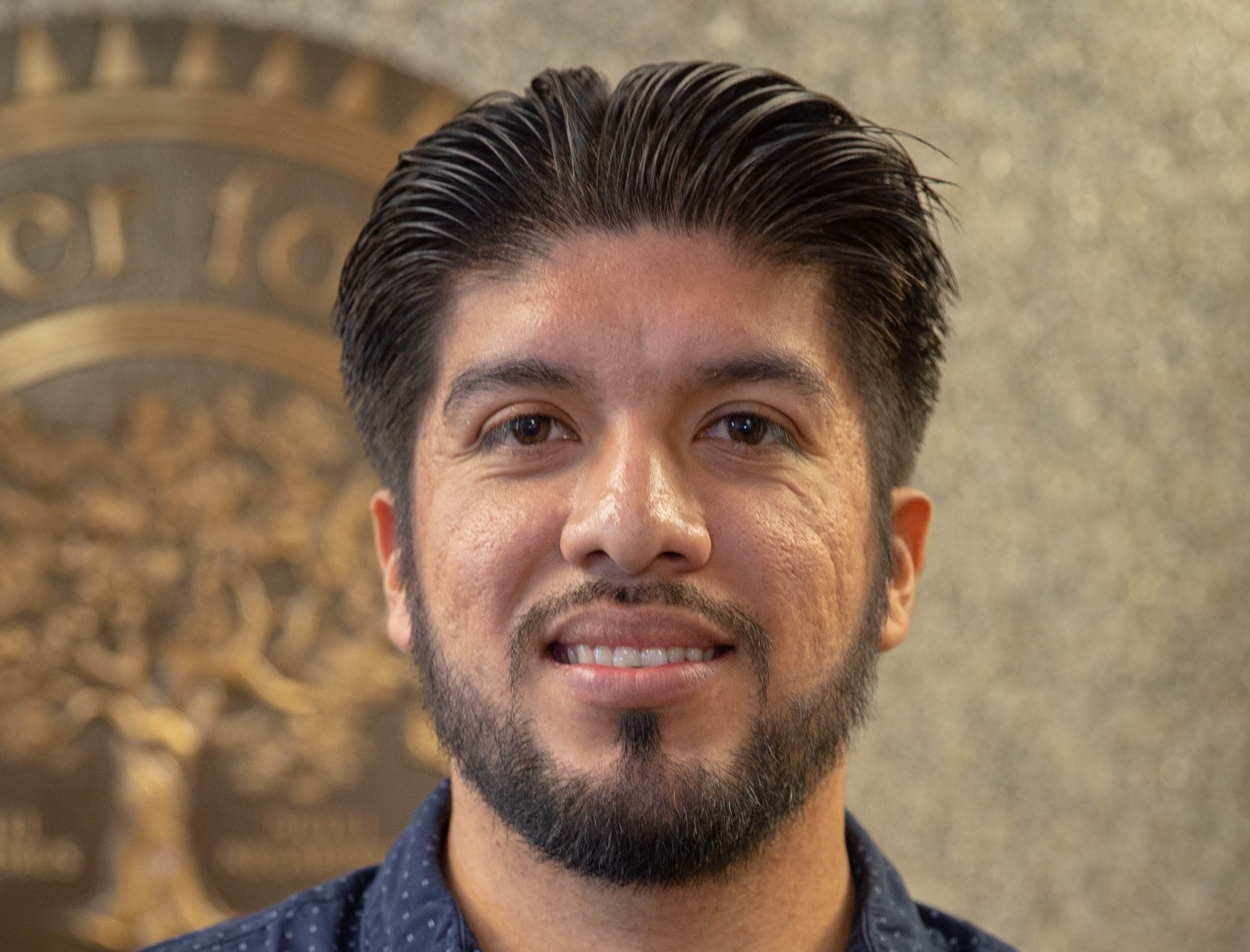 Born in Mexico, Miguel is a dual citizen who moved to the United States – first New Mexico and then Colorado – with his parents when he was six years old. He has always wanted a career that allows him to make a positive difference in people’s lives. And he’s doing that now. As a program specialist for the Court Consulting Services Division, he’s on a team that works to improve the court experiences for children, families and elders. Keep reading to find out the one thing about Miguel that surprises people the most when they hear about it for the first time.

Tell me about the town where you were born. It’s called Tlatenango, and it’s in a state called Zacatecas, north of Mexico City. It was a small town that has grown over time, but everyone knows who your family is. If you say your name and who your grandparents are, people there, especially the older generations, will know who you are. …My parents and brothers and I have gone back there from time to time.

When you’re there, do you feel like you’re home, or do you feel American? I feel both. I feel American when I’m speaking because there are differences between my Spanish and theirs. And I feel like I’m at home because of the calmness I feel there, and because it’s my birthplace.

Where did your parents and you go after you left Mexico, and what did they do for a living? They went to New Mexico for a few months, but my dad knew someone in Greeley, Colorado, so we moved there. My parents still live in that area, east of Greeley. My mom has always been a stay-at-home mom, taking care of me and my three brothers, and my dad has worked on dairy farms. I know firsthand how hard that work is, and I knew that I didn’t want to do that.

What did you do on the farm? I bottle fed calves. There were calves born every day there, and they needed to be fed twice a day. …You learn to appreciate that type of work after you do it. It helped form my work ethic, and it made me think, “What else is out there for me?”

Let’s jump ahead. How did you end up at NCSC? I was working for a Denver non-profit that investigated housing discrimination. I was there two years, investigating mortgage companies and landlords. I began to realize that a lot of our work wasn’t being taken as seriously as I thought it should be (by the state housing agency in Colorado), so I started looking for a different job. I wanted to work at a place that was committed to making positive change in people’s lives. I had never heard of NCSC, but I saw the position on a job board, and I applied.

Who do you admire the most, and why? My parents because of the outlook they have despite the challenges they’ve faced. They had the courage to bet on themselves and move to a country where they didn’t speak the language, and despite those challenges, they are super compassionate and really generous toward other people.

What’s something about you that surprises people when they hear about it for the first time? I play the trombone. I picked it up in middle school and played all through high school, and I still really enjoy playing it. I like the low brass sound, and I’ve always liked the look of it.

What’s something about you that very few people know? I’m getting close to getting an accordion and learning how to play it. I remember my dad and his friends would be sitting around and someone would pull out an instrument – a guitar or an accordion – and they would sing the songs they knew. The vibe was really good, and I especially liked the sound that the accordion made. The accordion is used in a lot of regional Mexican music that I listen to. I’ve always liked it.

So I assume you come from a musical family. Were your parents and grandparents musically inclined? No, none of them were. And I don’t think any of my brothers has ever tried to learn to play an instrument.

What one thing would you grab if your house was on fire – your trombone? No. A box full of family pictures. The box has photos of my parents when they were young and of my brothers when they were babies. It would be hard not to go for that first. I know I’ll be looking at those photos when I’m in my 60s.