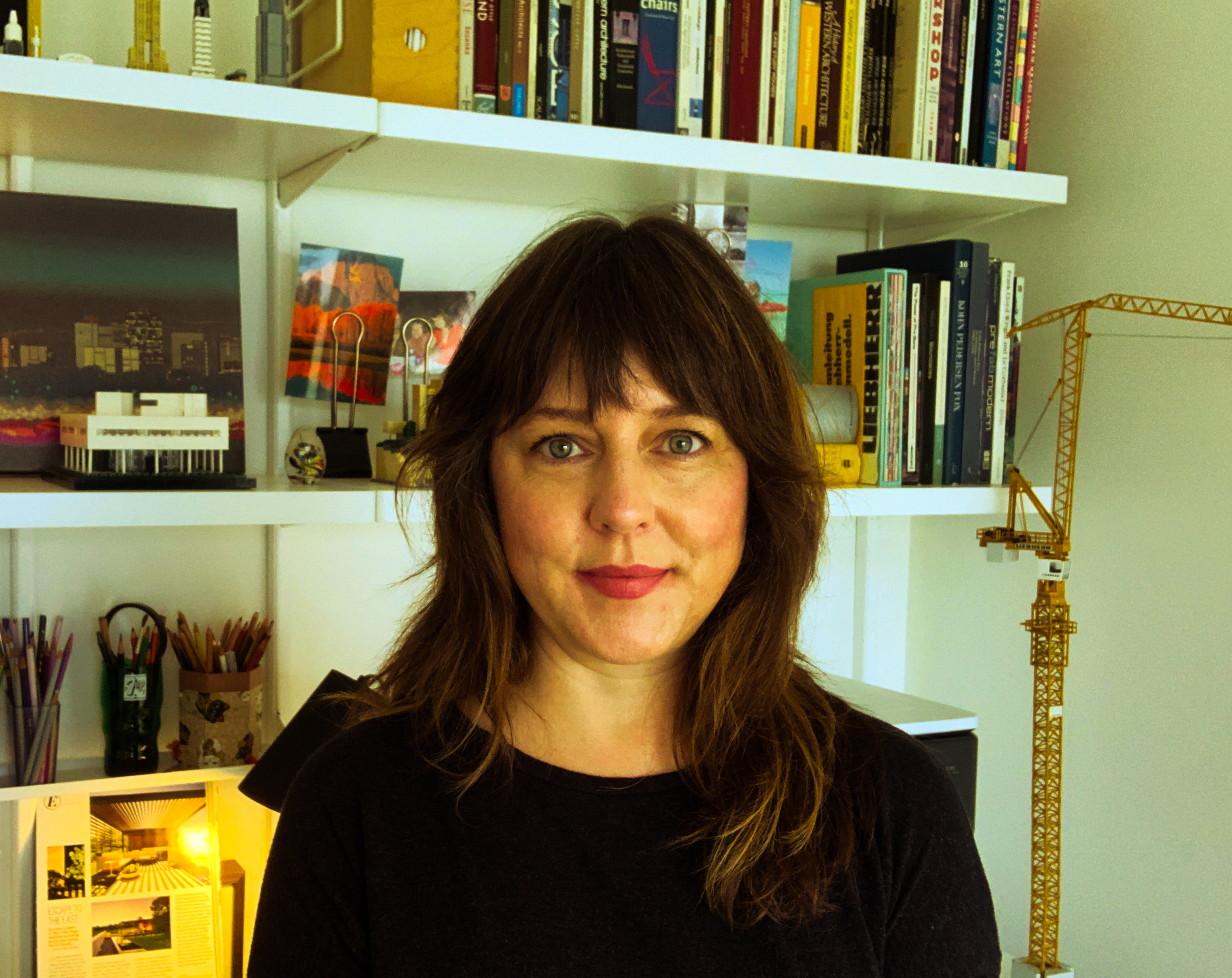 Allison, who co-wrote a Trends in State Courts article called “What Will Shape the Future of Courthouse Design?”, works as an architect on NCSC’s Planning Team, which imagines how space is used inside courthouses. The pandemic has really re-focused their thinking. “When you talk about the pandemic, so much of it is about the buildings,” she said. “Courts are embracing technology much faster than before the pandemic, so there is a lot to think about.”

Born in Hot Springs, Ark., she received her architecture degree at the University of Arkansas, and quickly moved to Boston. She also worked in Los Angeles and New York City before moving back to Arkansas. She now works in Denver.

To find out which famous father and son with whom she was in very close proximity, read on.

What do your parents do? They’re retired now, but my father was an engineer, and my mother worked in medical records. She had a master’s degree and she started businesses.

How did they influence what you do now? This didn’t register with me until I was well into adulthood, but there are obvious connections. The planning side came from my father and my grandfather, who was a builder, and the entrepreneurial side came from my mother.

Do you consider yourself more of a left-brainer or a right-brainer? I’d like to think I’m both. With architecture, you need so many different skill sets to be successful, and you need to be able to get into the heads of your clients. You have to embrace the creative side and the planning and the technical sides.

So did you always want to be an architect? No, when I was a kid, I wanted to own a record store. I had a lot of records at one time, and I used to stage them in my room like it was a store. I wish I kept them, but I don’t have them anymore.

How much of an adjustment was it to go from Arkansas to Boston right out of college? Not much of one because I was so open to everything. The real culture shock is when I left New York and moved back to Arkansas. There’s the quote, “You can never go home again.” It’s really hard to go home because people see you as you were. It’s super liberating to live in different places.

Who do you admire most, and why? I’m currently reading Chelsea and Hillary Clinton’s book, The Book of Gutsy Women, and there are so many women in that book who I admire – Jane Goodall, Billy Jean King, Maya Lin and Malala Yousafzai – but the person I want to focus on is Zaha Hadid. She was a British Iraqi architect who died in 2016. She was a pioneer in the field and the first woman to win the Pritzker Architecture Prize (in 2004). She was a force and an outspoken, fearless person. Fifty percent of architecture grads are women, but only 17 percent hold leadership positions. She cracked the glass ceiling that still exists for women.

What’s something about you that surprises people when they hear about it for the first time? Hearing how many places I’ve lived (Arkansas, Boston, New York City, Los Angeles and Denver), hearing that I’m licensed in two states (Arkansas and Colorado) and hearing that I finished two New York City marathons (with a personal best of four hours in the first one). Now I can’t run around the block. (Laughs.)

Have you ever met anyone famous? My favorite celebrity sighting is when I was living and working in New York City. I was in a diner in New York, a typical, non-glamorous diner, and I was standing in the back, waiting to use the restroom, and I realized I was right next to Ben and Jerry Stiller’s table, so close I was practically rubbing against it. Also, I spoke with (Fleetwood Mac founder and drummer) Mick Fleetwood on the phone. Nice guy. That story is for another interview!

Did you say anything to the Stillers? I said, “Excuse me.” There wasn’t a conversation. I wish there was.

If your house was on fire, what one object would you grab? When I lived in New York, I bought an oil painting at a flea market by an unknown person for $30. The scene is of a house in a working-class neighborhood, and it’s signed by Rick. I don’t know who Rick is. (Laughs.) The house in the painting depicts a foreshadowing of the house I bought when I moved back to Arkansas. They look so much alike, it’s uncanny.