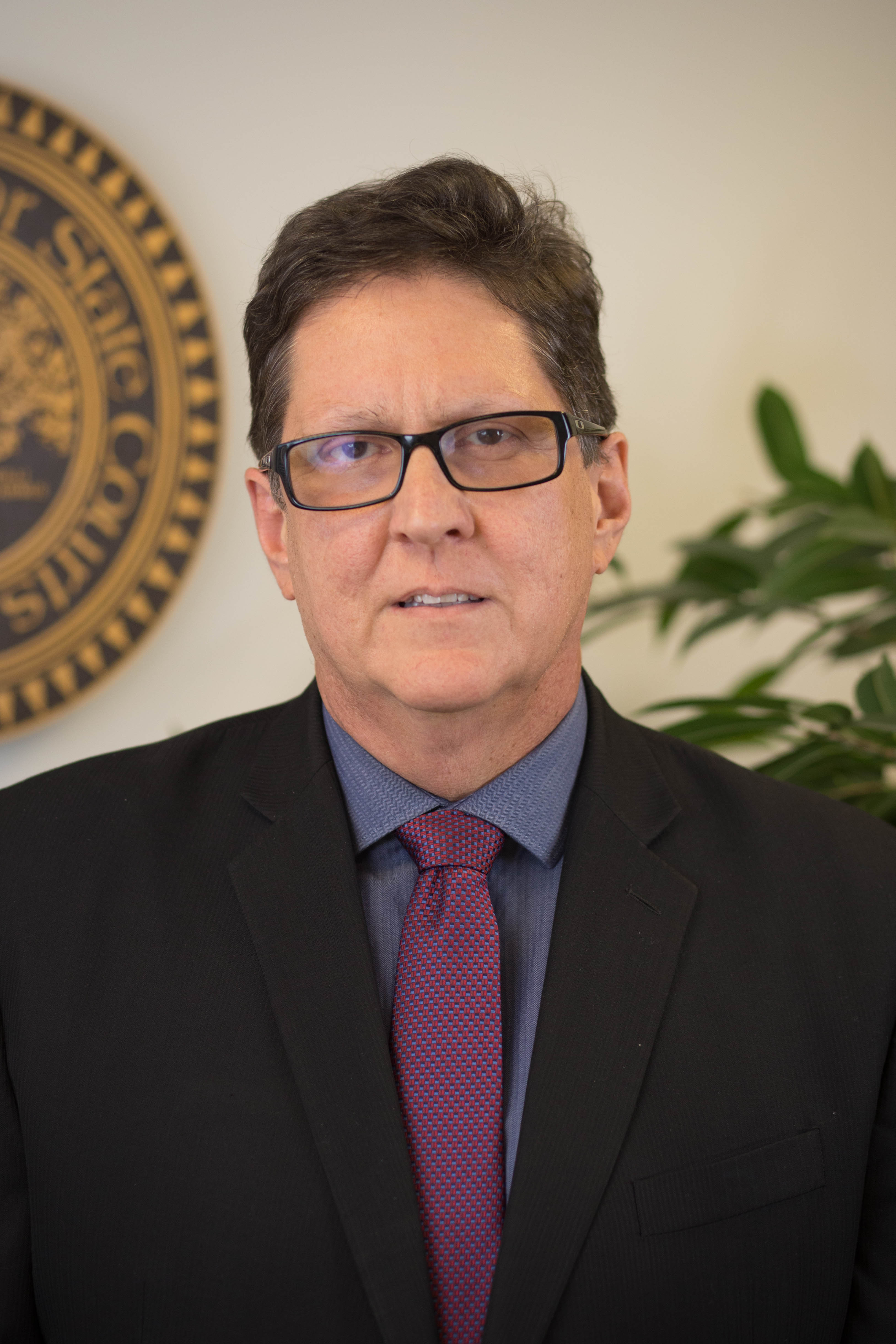 Felix is a Puerto Rican who admires Asian culture, a technologist who considered pursuing a PhD in literature, and a towering figure who grew up playing a sport more suited to much shorter people. He worked for 11 years as the chief information officer for the Puerto Rico Judicial Branch before he started consulting for The World Bank and for NCSC. He now works in our Denver office, and his family, displaced by Hurricane Maria, has moved from Puerto Rico – after a brief stay in Virginia -- to a Denver suburb.

Who do you most admire, and why? My grandfather. I grew up with my grandfather. He transmitted values to me through his actions. He took me to the ocean. He loved nature. My grandfather became an orphan at an early age and ended up at NYU (New York University) and got a degree in public administration. He worked for the United Nations and traveled to what was then third-world countries to help them build hospitals. I never thought I would follow in his footsteps, but in a way, I have because I’ve traveled for work to some of the same countries he went to.

That’s fascinating. How did an orphan in Puerto Rico end up at NYU? I don’t know the details. I’ve started to use ancestry.com, and I’m researching it. I also have his writings, so I want to piece it together. He passed away when I was 12, and I remember him every day. He was a very joyful man.

So maybe your grandfather’s decision to go to NYU was a decision that changed his life. What one decision did you make that changed the course of your life? I was as an undergrad at Syracuse University, a biomedical engineering major.  After taking a grad-level creative writing course, I was encouraged by a professor to pursue a career in literature and go for a PhD.  These were big ideas for a young student.  In the end, I thought it would be more practical to focus on the sciences, so I focused on computer science and psychology.

What’s something about you that surprises people when they hear about it for the first time? I was an avid surfer, and I also used to windsurf.  On a daily basis, I would go out surfing from age 16 through 18. Then I went to college. I kept doing it during summers until age 21. It surprises people because I am 6 feet 6 inches tall, and you do not see many people surfing with that height. The ocean, however, does not care about people’s heights, and welcomes all.   I have many wonderful memories of long days in the water from early in the morning until late afternoon, just enjoying the waves, losing track of time, focused on the blue liquid.

What’s something interesting about you that few people know? At an early age, I acquired a deep respect and admiration for Asian culture, especially the Japanese.  Their sense of aesthetics and simplicity, respect for nature and the elderly, and their discipline drew me in.  I do not know where it came from, but it seems to me that it has always been there.

On your LinkedIn profile, the first thing you mention is that you’re a practitioner of shibumi and kaizen. (Shibumi refers to an aesthetic of simple and subtle beauty, and kaizen is a Japanese philosophy of continuous improvement of working practices and personal efficiency.) When and how did you become interested in them? I look back, and it seems like I’ve always had an interest in them, and it’s weird because Puerto Rico has very little Asian influence. ... At some point, I saw a bonsai tree and started cultivating them. Maybe that led me to know more about the culture.

I know you’re also interested in wabi sabi, an ancient aesthetic philosophy rooted in Zen Buddhism. Have you ever practiced that religion? I read a lot about Buddhism, but I was brought up a Catholic, and I still practice that. I’m drawn to Christianity and Buddhism. I see the importance of inner peace. I read the Dalai Lama, who said when you look for inner peace, you should look at your own culture, and you’ll find it there.

What would you grab, excluding children and pets, if your house was on fire? Our desert rose bonsai tree.

What do you like most about working at the National Center? Although I’m in my honeymoon period, as they say when you start a new job, my relationship with the National Center developed organically more than a decade ago. I started as a client. I was drawn to the work ethic, the openness, commitment and passion that the NCSC family at all of its organizational levels demonstrated -- that genuine desire to help and learn. That constant focus on helping and continuous learning is a sustainable and exciting life project.