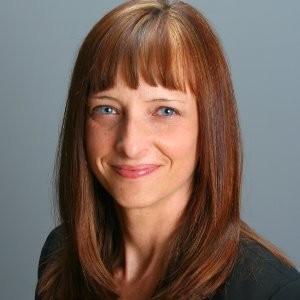 "There are places where opioids are a huge issue and are tearing up communities, but I don’t know of any place that’s completely untouched by this problem. We need to determine where courts can make the biggest difference. We all need to work together on this."

Michelle White, the National Center’s lead staffer on the National Judicial Opioid Task Force, once worked as a probation and parole officer in Virginia. There was a warrant for a person she couldn’t find, so she spotted Neal White, a police officer, in a courthouse and asked for his help. “It didn’t hurt that he was cute,” she said of the officer, who said he would be glad to help. They started dating not long afterward and ended up getting married. All these years later, she jokes that her husband still hasn’t located the guy she needed to find. Michelle, who has an 8-year-old son and a 2-year-old daughter now, works in Winchester, Va., where she has lived most of her life.

How would you describe Winchester to someone who hasn’t been there? Geographically, it’s very near the northwest tip of Virginia, on two sides surrounded by West Virginia. I often tell people, “I almost live in West Virginia.” … Winchester’s claim to fame is the Shenandoah Apple Blossom Festival. …It’s a week-long event, and it seems like the whole world descends on our little town for that.

And Patsy Cline is from Winchester. Oh, yeah, she’s a very big deal around here.

Can you tell us about what it’s like being a parole officer? I imagine it’s like herding cats. As a probation and parole officer, I was responsible for between 75 and 95 people at any given time. …What was it like? There were a lot of challenges. We say some folks needed to be rehabilitated, and some folks needed to be habilitated. They didn’t have people in their lives who taught them things they needed to know. It wasn’t an easy job.

Tell me about the craziest thing that happened to you while you were a parole officer. The craziest things happen when you do home visits, and you see people in their natural environments. You see how they live – the good and the bad of that. They show you what they’re proud of, and you also see people in dire circumstances, abject poverty, abuse. I had some ridiculous experiences. It seemed like everyone I checked on had a dog, and one time a dog did his business  on my leg. Another time I went to a house and found a person who wasn’t supposed to be there, hiding in a closet, half naked. You see a lot of things doing that job.

What was the best part and worst part of being a drug court program manager? The best part is when participants are successful, really working hard on their recovery, going to school, supporting their families, just shining as human beings. The worst part is when they were not successful. There was a young person who overdosed and died. That’s very tough.

Do you know anyone personally who has suffered from drug abuse or addiction? A member of my own family, and family members of friends. This really has permeated our society. I think if someone says they don’t know anyone, maybe they’re not being honest.

And now you’re the lead staff person on the National Judicial Opioid Task Force. What’s your biggest challenge? There are places where opioids are a huge issue and are tearing up communities, but I don’t know of any place that’s completely untouched by this problem. We need to determine where courts can make the biggest difference. We all need to work together on this.

What’s something about you that surprises people when they hear about it for the first time? About 20 years ago, I was a police officer for a short time. People look at me, and I have to assume that surprises them. I’m 5-feet-4 and 100 pounds soaking wet.

Have you ever met anyone famous? I’m a huge Dallas Cowboys fan. Huge! When I was in college, I worked at a law firm in Northern Virginia, and I was at the front desk, and this man walked in. He had the broadest shoulders I’ve ever seen. He was one of those people who just blocked out the sun. He walked up to me and said, “So, I understand you’re a Cowboys fan.” And I said, “Yes, sir.” It was (Washington Redskins great) John Riggins (a good friend of a partner at the law firm), and he just laughed, and I laughed. …I knew who he was. I just cannot imagine being on a football field and staring him down.

Who do you admire most, and why? My grandmother just passed a couple of weeks ago. She was 96, and she lived one of those lives that we say she should have written a book. She grew up very poor in a very rural part of western Maryland. She got married young to a man who became an FBI agent, and she followed him across the country. I admire that she didn’t seem afraid to do or try much. She wasn’t afraid to stand up for herself. She put her family above everything else, and she was fun. She was my friends’ surrogate grandmother. She was sweet but also ornery and savvy. She was the grandmother I hope to be someday.