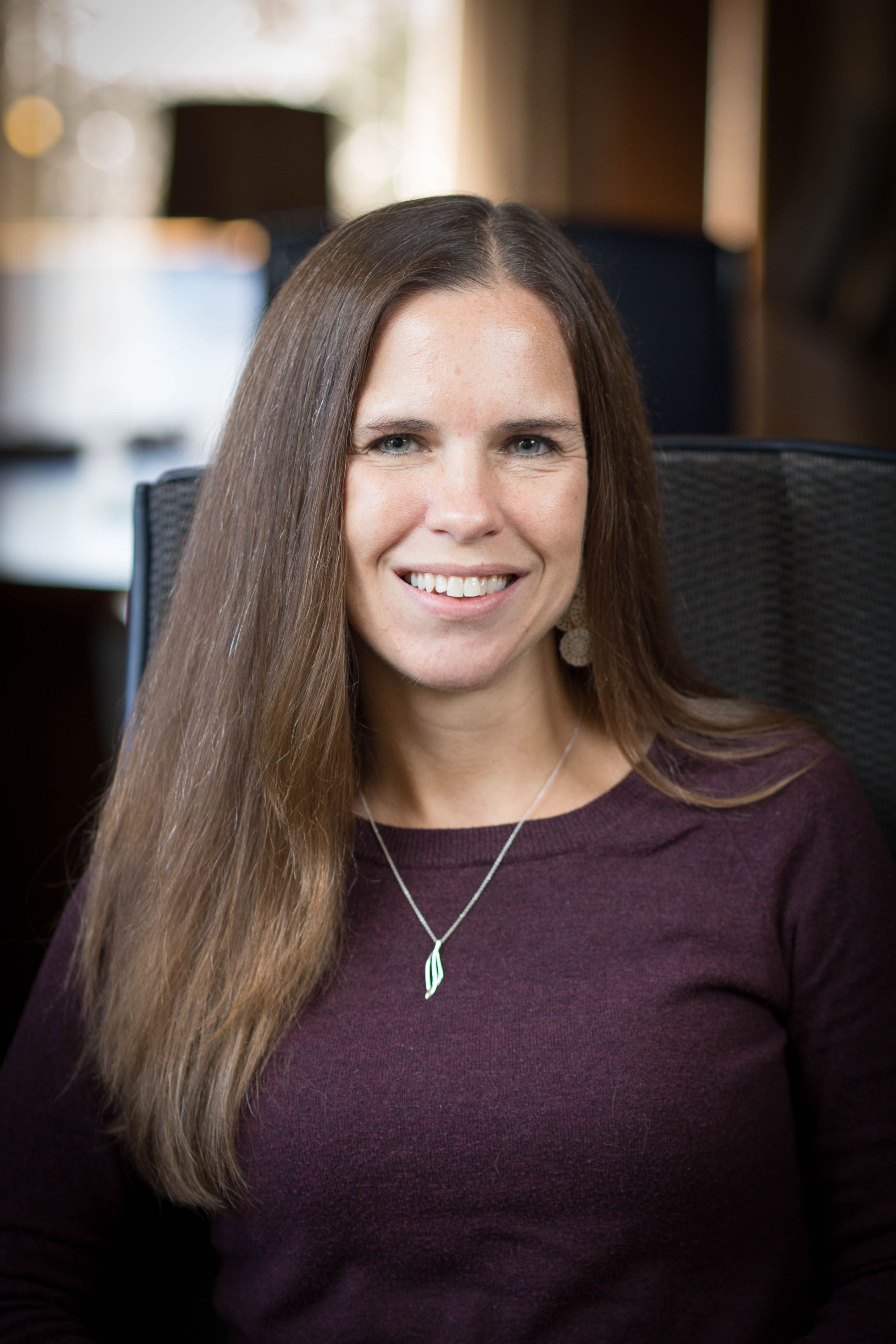 Shannon Roth, a business analyst at NCSC, has lived her whole life, except for the first six weeks, in southeast Virginia. She grew up in the shipyard town of Newport News, where she worked several jobs before she ended up at NCSC in 2005. To find out about the terrifying thing that happened at her first job, the first conversation she and her father ever had, and the famous person she ran into at Times Square, keep reading.

What did you want to be when you were growing up? My grandfather put it in my head that I should be a lawyer because I was so good at arguing.

What was your first job, and do you have any interesting stories from that experience? I worked at Chanello’s, and we were robbed one night. I was the day-shift manager, but I was working the night shift for some reason. It was me, the general manager and two delivery drivers, and we were closing up the store and walking out. We heard something behind us, and this masked man with a gun appeared out of nowhere. He pointed the gun at the manager, who was holding the cash bag. The manager just handed it to him, and the guy ran away. He was gone in a flash. The manager said, ‘I guess we have to call the police,’ and we walked back into the store and called the police. I don’t remember if they caught the guy.

That’s incredible. Were you terrified? It’s something I’ll never forget, but I didn’t have time to get scared. It happened so fast.

So how did you come to work at the National Center? Coming out of high school, I was leaning toward psychology and social work, but I was really good with numbers, so I ended up getting a job in accounting and payroll at a construction company. After a while, I decided to apply for a temp job here to help with CTC (Court Technology Conference) in 2005, and that led to a job in Research. I was a program specialist.

So now you’re a business analyst in Court Consulting Services. What’s the elevator speech on what you do here?
It’s similar to the program specialist job. Basically, I do whatever the project director needs. I do a lot of data collection, data analysis, and data display, where I take survey results and compile them into different tables and charts. I primarily work on workload assessments, helping to determine if courts have enough judges and court staff. I present findings and recommendations from the information we collect from surveys and site visits.

What’s something about you that surprises people when they find out about it for the first time? My age (41). I still get carded when I buy wine. When I was younger, I was told that when I got older, I would like that. It’s fine.

What’s something that few people know about you? When I was in high school and in my early 20s, I wrote short stories and poetry. One of my poems was published somewhere. I entered a random contest, and I was one of 30 people who had their poems published.

Who do you admire the most, and why? The answer I used to give to that question is my mom, but really it’s collectively my whole family. …I was raised by my grandparents until I was 12, and then I moved in with my mom and stepdad. I call my stepdad dad. I didn’t meet my real father until I was 14.

How did that happen? The phone rang one day, and I answered it, and a man said, ‘Patty?’ I said, ‘No.’ That’s my mother’s name. Then he said, ‘Jennifer?’ I said, ‘No.’ That’s my sister. And then he said, ‘Shannon?’ I said, ‘Yes.’ Then he said, ‘This is your father.’ He could tell I was speechless, and so he just said, ‘Well, your sister called me. Will you tell her I returned her call?’ and I said, ‘Yes.’ And that was the end of the conversation. Sometime after that, Jennifer and I went down to North Carolina to meet him. The relationship has had its ups and downs, but we’re in a good place right now.

Have you ever met anyone famous? Yes, my kids and I were in New York the summer before last to see Hamilton. One morning we were walking toward Times Square, and we saw a group of people crowded around a lady. She started walking across the street where we were standing, and we saw that it was (Today show host) Hoda Kotb. Lauren said, ‘Will you take my picture with her?’ So I walked up to Hoda and said, ‘Would you mind if I took your picture with my daughter?’ and she said, ‘Of course not.’ She was very friendly, but it was clear she had somewhere she needed to be, so we didn’t get to talk to her too much, but she said hi to all three of us and posed for a couple of pictures.