Ten times more common in headlines than five years prior, ‘disinformation’ was named 2019’s word of the year.

Dictionary definitions paint a scary picture of the dissemination of deliberately false information by totalitarian states. However, researchers explain a lot of disinformation, specifically Russian disinformation, is spin. The disinformers, or trolls, are using modern public relations and advertising methods to create a counternarrative to sow fear, uncertainty, or doubt. Disinformation is commonly referenced in relation to politics, but that is not the main focus of trolls. Their main focus is to “widen existing divisions in the American public and decrease our faith and trust in institutions that help maintain a strong democracy.” This places the courts directly in the crosshairs of the trolls.

Trending Topics recently covered the recommendations from the Arizona Supreme Court Task Force on Countering Disinformation. The report stemmed from a 2019 National Center for State Courts workshop with the goal of educating and preparing courts for the battle against disinformation. The first step in combating disinformation is determining what information is false, which includes identifying who is generating the disinformation and their social media accounts. 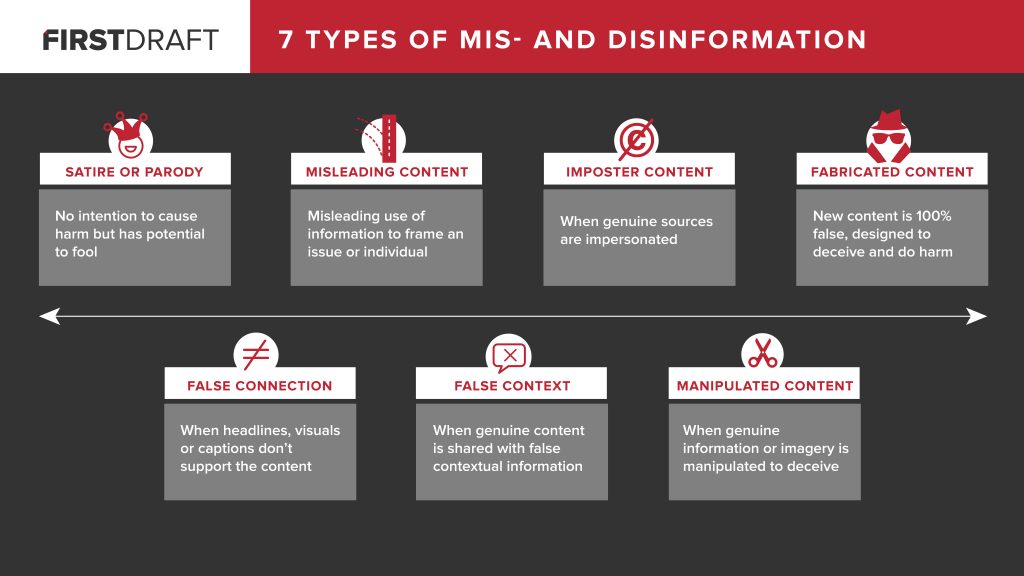 According to the State Department report on disinformation, trolls play on several psychological factors to sow the seeds of disinformation and further division and distrust in institutions. Those factors include:

To assist in the battle against disinformation the University of Clemson has developed the Spot-the-Troll tool. Spot-the-Troll is an interactive web application that allows the user to view real social media accounts and posts in an attempt to ascertain which accounts are from real people and which accounts have been identified as actual troll accounts.

For more reading on disinformation please visit NCSC’s Combating Disinformation: A Direct Threat to Our Justice System and Democracy,  Cyber Threats and Cyber Hygiene During the COVID-19 Pandemic Crisis, 2019 survey: Shifting patterns in information consumption on display, and Growing Demand for Civics Education.

For more information on this or other topics impacting state courts, contact Knowledge@ncsc.org or call 800-616-6164.