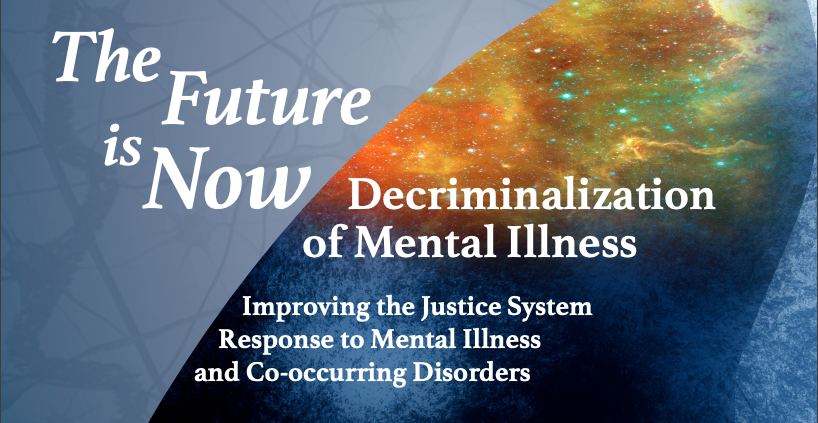 Limiting the court involvement of individuals with serious mental illness

Determining  which court cases involving individuals with serious mental illness need to stay in the justice system and which cases can be diverted out of the courts or, even better, how communities can provide assistance before someone ever reaches the courts, is one of the top priorities of the National Judicial Task Force to Examine State Courts’ Response to Mental Illness.

“Whether it is through criminal justice and the prosecution of cases, or through aid and assist, we need a mechanism and agreement on what cases really need to come into the criminal justice system … with the resources supporting each aspect of how we sort people; so if we divert people we actually have a place to divert them to,” said Task Force member Oregon Judge Nan Waller.

The Task Force is co-chaired by Vermont Chief Justice Paul L. Reiber, and Chief Administrative Judge of the New York Courts Lawrence K. Marks. Earlier this year, the Conference of Chief Justices and the Conference of State Court Administrators established the Task Force to help state courts more effectively respond to the needs of court-involved individuals with serious mental illnesses. It is building on the work of NCSC’s National Advisory Committee, funded by the State Justice Institute. That work and future plans are described in the transition report, The Future is Now: Decriminalization of Mental Illness.

Task Force member Dr. Kenneth Minkoff, assistant professor of psychiatry at Harvard Medical School, summed up the focus priority that was clear throughout the meeting: “ I would hope …that we have the courage to shoot really high at a system level for what we ultimately want to accomplish … and design our system to be about their (people with mental health issues) needs and wants, rather than trying to fit them into a system not designed to help them.”

Task Force members are in the process of completing a work plan that details their goals and objectives over the next two years.