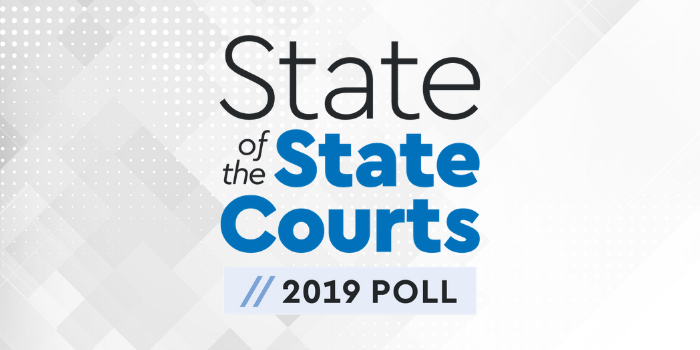 Generational shifts in how Americans get their news and information are on display in the most recent State of the State Courts public opinion survey, putting courts on notice that they must be prepared, if they are not doing so yet, to communicate in the near future with the public via their websites and through social media channels.

Overall, three out of four Americans report using Facebook regularly—and respondents under 40 are substantially more likely to say that they would turn to social media for information about the courts than the rest of the population.  Use of newer social media channels, like Instagram, paint an even starker portrait of a generational divide in patterns of information consumption. While a whopping 80 percent of Americans over 50 say they never use Instagram, about one-third of those under 50 report using it daily.

The survey findings come at a time when the justice system has become a frequent target of disinformation efforts, often from fake social media accounts, designed to sow discord and undermine courts. Such efforts threaten to further erode public trust and confidence in their legitimacy. The 2019 survey provides initial guidance for courts to combat disinformation, including focusing on messages that promote shared values and stronger civics knowledge.

“This research clearly has important implications for court communications officials and administrative leaders as they seek to meet the needs of very different constituencies,” noted the pollster, GBAO Strategies, in its summary memo.  “As the communities they serve become younger and more diverse, they must meet these constituencies where they live – increasingly online and on social media – without neglecting the more traditional outlets upon which older Americans still rely.”

The 2019 survey marks the sixth consecutive year in which NCSC has produced the State of the State Courts poll in conjunction with GBAO Strategies, a Washington, DC-based survey research firm. The most recent survey, however, is the first to be conducted online rather than via telephone interviews. Polling was conducted between Nov. 18-23, 2019. The survey instrument was developed by the research firm with input from an advisory group of national court leaders. The margin of error remains +/- 3.1% at the 95 percent confidence level.