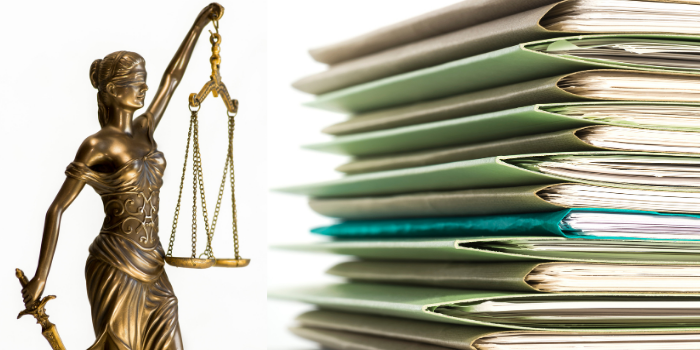 When the coronavirus pandemic forced courts to suspend in-person hearings this year, case filings plummeted, and court leaders predicted that a flood of new filings later this year would cause backlogs that would bog down court dockets for months, if not years.

To be sure, backlogs are an issue for state courts to address, but data from 11 states – the first substantial batch that has been analyzed since the pandemic began – show that the problem this year may not be as bad as initially thought, at least not in those states.

The number of cases filed in those states were notably low in traffic, juvenile and criminal courts. Case filings have returned to normal in probate courts and are not expected to spike next year. Courts may experience formidable backlogs in domestic relations and dependency cases next year, as well as in civil cases next year and beyond.

NCSC asked all 50 states for data and received it from 11, including states with large populations (Texas, Ohio and Pennsylvania) and small (Idaho and Alaska), but the sample size is not large enough to make conclusions about the nation as a whole, said NCSC researcher Diane Robinson, who analyzed the data.

Robinson made other observations and predictions:

Although there is positive news in this data, Robinson urges court officials to keep a close eye on their filings and dispositions so they can prepare for potential backlogs that may not seem apparent now.

The most recent Center for Judicial Ethics CourtClass tutorial offers step-by-step intsructions for judges who preside over ability-to-pay hearings. The 35-minute presentation covers the essential constitutional, ethical, and practical aspects of such hearings. The tutorial, which includes additional references, also provides tips to deal with this issue at a time when marginalized and minority communities are having an especially difficult time making ends meet.