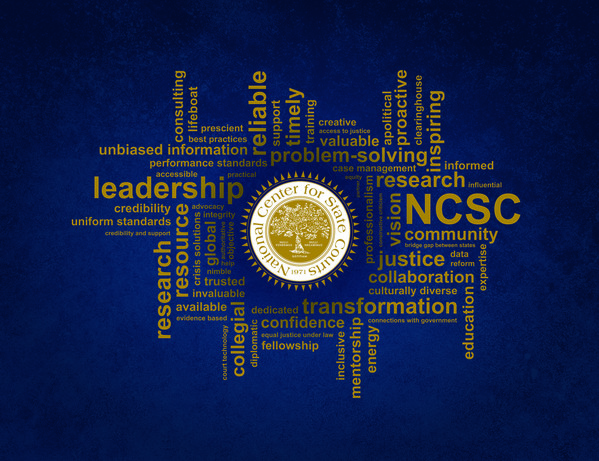 What does a state supreme court chief justice have in common with a hedge fund executive, a former president of the American Bar Association and a longtime Johnson & Johnson vice president?

These four individuals and three others are the 2021 inductees into the Warren E. Burger Society. Named for the former U.S. Supreme Court chief justice, this recognition honors individuals who have used their resources to help NCSC in exceptional ways. This year’s inductees will be celebrated at an event in Washington, D.C., Thursday evening.

Visit our site to see a full list of Burger Society inductees.

One of the silver linings of the coronavirus pandemic is the ease at which organizations like ours can invite subject-matter experts to share information in real time. Since 2020, NCSC has greatly increased the number of webinars it offers, and we now have a new webinars page that makes registration a breeze.

This week, NCSC has four webinars scheduled on topics ranging from the American Rescue Plan Act grant process to IT needs for hybrid hearings.

If your schedule doesn’t allow you to attend live webinars, no problem. The new page also includes links to more than 45 recorded webinars that date back to May 2020.