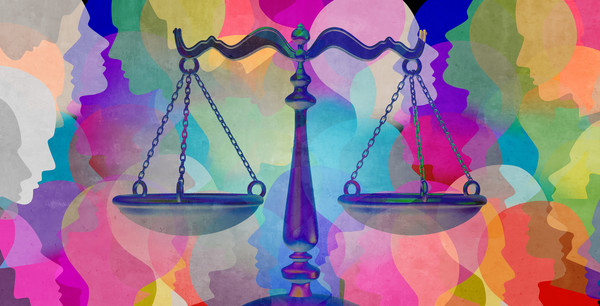 The project involves creating training videos and guides to help criminal justice professionals identify and understand bias and how it can lead to discrimination and unjust results in courts and the criminal justice system.

“Ultimately, the program aims to improve the experiences of individuals engaging with, entering in and processing through the criminal justice system,” said NCSC Senior Legal Counsel Timothy Hughes, a project co-leader.

NCSC has a long history of helping American judges and other state court leaders recognize and mitigate implicit and explicit bias. Explicit bias refers to the attitudes and beliefs we have about others on a conscious level while implicit bias reflects unconscious attitudes, which are harder to identify. Both biases can manifest themselves in negative ways throughout society, including in courts and the criminal justice system.

These biases and their discriminatory effects generally are better understood in Western nations, so this project, funded by the State Department’s Bureau of International Narcotics and Law Enforcement Affairs (INL), will seek to increase that understanding on an international level.

The specific work involves developing four training modules that include videos and discussion guides. One module will highlight the criminal justice system generally, and the other three will focus on helping judges, correctional officers who work in prisons, and police and prosecutors identify and mitigate bias in their work settings. INL employees who train criminal justice professionals in foreign countries also will receive the training materials.

NCSC and INL are seeking American and foreign criminal justice professionals to serve on a 12-member advisory committee, which will review and guide the work to ensure that the training materials are effective and relevant. Hughes hopes to have the advisory committee members chosen by the end of November, with their work beginning early next year.

The project started a few weeks ago and is scheduled to end by March 31, 2023.

Register for the NCSC summit today!