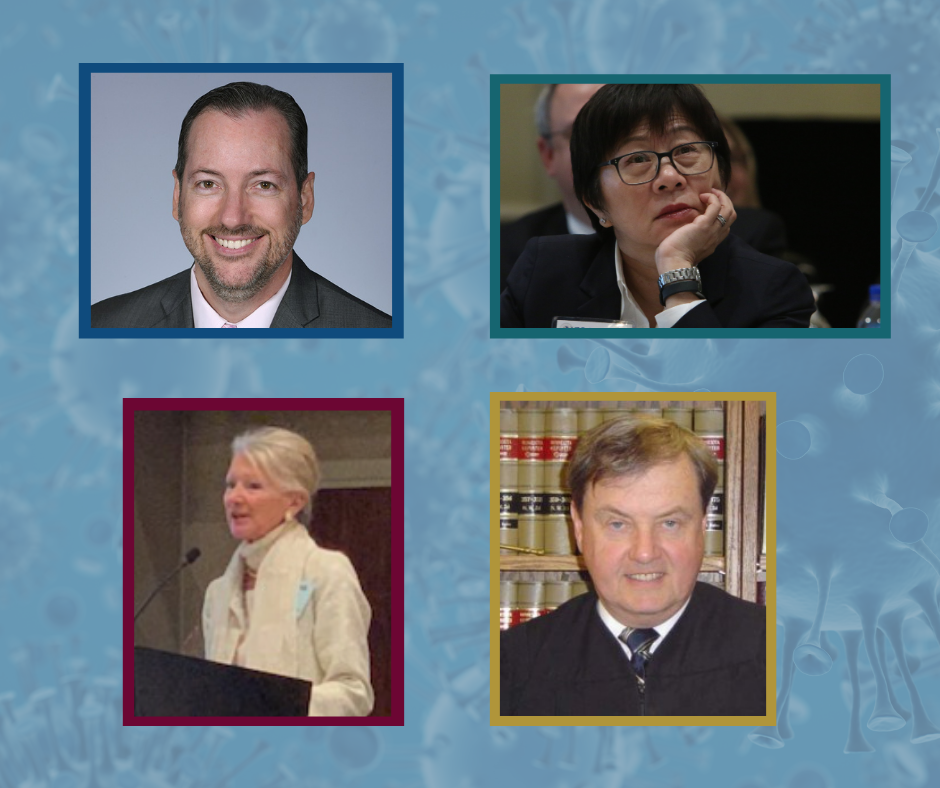 One year later, what would we have done differently?

It’s been a year since the coronavirus epidemic became a pandemic and upended court services like never before. As we approached this infamous anniversary, we asked judges, administrators and other court leaders to look back and answer this question:

If you knew in March 2020 what you know now about the pandemic, what, if anything, would you have done differently?

Here’s what they said:

T.J. BeMent, district court administrator, Superior Courts of Georgia: “Had we known how well many court functions could be transitioned to video, we would have adapted and modified our state rules much sooner to keep more than just essential functions moving in the early months.

“And on a personal-business note, I lost both my chief probation officer and a judge to COVID.  In hindsight, I would have pushed even more for following public health guidelines in all of our court locations in the early months regardless if court was the source of their exposure.”

Charles Byers, chief information officer, Kentucky Court of Justice: “That’s kind of like asking, ‘If you found your house on fire, and you knew it was going to continue to burn for a year, would you put it out differently?’ Yes. Yes, I would. I would have slowed down, been more deliberate, and set my mind to a 24-to-36-month mode vs. a 90-day mode. I assumed this was going to burn out much quicker than it has.

“In an effort to create and deliver solutions as quickly as possible -- assuming they were throw-away solutions -- we focused on time-to-production vs. long-term sustainability. I told my team, “Think M*A*S*H, not Grey’s Anatomy,” and so we reacted as if we were at war and under fire and our patient was dying. Had we known it was going to be a long war vs. a police action, we could have slowed down enough to better plan and document our eventual withdrawal. As it is, solutions that were thrown together to get us by temporarily until we could reopen are strained by the longer-than-expected shutdown and the mandate that we keep cases moving. As a Band-Aid is not a substitute for stiches, some of what we delivered would be more suited for longer-term use had we known.

“I also would have worked fewer weekends!”

Judge Toko Serita, acting supreme court justice, New York City Criminal Court, Queens County: “…Because we didn’t know the scope or extent of the problem at the beginning of the pandemic, there was a period of time when those of us in the court system were in a holding pattern, awaiting news of what was to come next while our court leaders were busy responding to an emergency crisis situation. In terms of what I would have done differently based on what I now know, I would have focused on earlier and better coordination among the court and our stakeholders, earlier contact with the defendants in terms of assessing their immediate needs, and better efforts at coordinated care and services for our at-risk and vulnerable populations.”

Ret. Judge Kevin Burke, Hennepin County (Minnesota) District Court: “Sophocles said, ‘I have no desire to suffer twice, in reality and then in hindsight.’ What we went through was horrific. …I think most courts did a remarkably good job in dealing with the pandemic. …What we did very well is protect the health of our staff. We were good at being nimble and protecting litigants and lawyers. We were not as good dealing with incarcerated defendants and may well have made life far more difficult for public defenders whose clients were incarcerated.

“Thankfully, for many courts, the fear of the pandemic budget crisis did not materialize. But across the nation, there are backlogs of untried or unresolved cases. Getting back to some semblance of timeliness in case disposition is a monumental challenge. There is no easy solution to this challenge.  We could have been better anticipating this, but in fairness, we did not know how long the pandemic would last.”

Deborah Taylor Tate, director, Tennessee Administrative Office of the Courts: “First, while I was not an ardent supporter of AWS (alternative work space), I am now so very thankful that our division directors pushed me into establishing an official AWS policy and arming all our staff with the ability and technology to work remotely. … I think that if we had known this would be a year, I would have had a different, longer term view. We probably would have made a decision to work remotely for the entire year rather than expending time and energy to plan a return to the workplace, only to reverse that decision.

“Prior to the pandemic, we had recently installed television-grade cameras in our Supreme Court and had begun to videotape arguments, which were then posted at a later date. Due to this investment, we were able to immediately pivot and not only utilize Zoom from the justice’s separate offices, but also began to live-stream arguments in real time.”

Gene Valentini, director, Lubbock County (Texas) Office of Dispute Resolution: “…We have conducted virtual mediations for several years, so we were equipped for the change from in-person dispute resolution services to virtual. Unexpectedly, the pandemic changed how people prepare for and negotiate during a mediation.  It seems their expectations about potential outcomes are more affected by the fear of the unknown. …Because of our diverse mediation caseload, we have seen differences between the represented and unrepresented. Expectations seem to have changed, which has in my opinion affected participant and attorney decision making.  …More emphasis is needed in utilizing different tools to educate users of civil and criminal processes via virtual mediation. In hindsight, this perhaps was our oversight -- different tools were needed to resolve disputes.  This has become more obvious as the pandemic has marched on.

“Lastly, one of our jurists died from COVID. We parked next to each other for 14 years.

Had I known he would leave us, I would have told him how much I appreciated him.  Thank you, Judge Ruben Reyes. You are a friend not forgotten.”

Howard Berchtold, trial court administrator, Superior Court of New Jersey, Atlantic and Cape May counties: “…I posed a similar question to our management team. …Our IT manager had a great response: ‘I would have purchased stock in Zoom!’ Everyone agreed that we were far to hesitant to take things as seriously as we should have.  Safety measures should have been put in place immediately and enforced.  But who knew, with all of the conflicting information.

“Judges and staff were thrust into the remote world from their homes rather effectively from a technology perspective.  But the work plan wasn’t where it needed to be. Our COOP plans were good but honestly did not account for a full pandemic and not being in public buildings at all.  Internet access, more webcams and headsets, etc. should have been on hand.  Specific work assignments for all staff categories and how to accomplish same from home should have been in place.

“Our judiciary has come far in the standardization of forms and court documents, but the ability to make more effective use of them electronically would have put us in a better place.

My notes go on and on, but I will end things here.  …I could not be more proud of our court, the New Jersey judiciary and the courts around the country for the incredible pivot to keep the wheels of justice turning.”

Marty Sullivan, director, Administrative Office of the Courts, Arkansas: “I wish I would have known more about work-life balance before the pandemic started.  …Once we realized the full threat of the pandemic, we had to make plans to protect our employees.  We scrambled to purchase more laptops and provided Zoom and Team accounts for everyone within the organization.  Early on we started allowing people to work from home.  …Using all available technology, I believe our service to the judiciary has actually improved over the last year.  We’ve had multiple successful technology rollouts that have helped our state courts remain open during this challenging time.  …This work has made for many long days, and I absolutely believe the data that’s starting to emerge showing that individuals working from home are actually working more hours than they did before the pandemic, especially early mornings and late nights.  Hence, the need for more work-life balance.”

Geoffrey Fattah, communications director, Utah State Courts: “…If I had my crystal ball back in March, I think it would have been nice to roll out virtual hearings before the pandemic hit. Like many courts, one thing that hit us back in March was being able to find laptop computers and other remote hearing equipment on the market at a time when both government agencies and corporations were scrambling to shift workers to remote work from home.”

Justin Barry, chief clerk, New York City Criminal Court: “Plan for the long term. We thought the changes that we implemented in March 2020 to pivot to a virtual platform would only be for two to three months. One year later, we are still using and improving those modifications.”