About four out of 10 people in custody have been diagnosed with a mental illness. At some point, they ended up in court, where a judge determined whether they were competent to stand trial. While they waited for their competency hearings, they often languished in jails. In Texas alone, more than 1,500 people are waiting for a competency determination, and one out of seven of those defendants were charged only with a misdemeanor crime.

This nationwide problem – a crisis, according to mental health advocates – is decades old, but it’s getting renewed attention from state court leaders.

“The crisis in the competency system is the canary in the coal mine for the crisis at the intersection of our behavioral health and criminal justice systems,” said Oregon District Court Judge Nan Waller, a task force member. “Too many mentally ill people end up in the criminal justice system for lack of other options and are then funneled through the clogged competency process.”

The report is intended to be an immediate resource for state court leaders, and it will serve as a framework as the task force develops additional tools for courts and their partners and forwards future recommendations to the Conference of Chief Justices and the Conference of State Court Administrators. 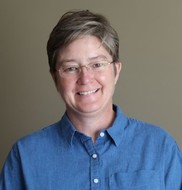 Sandefur, an Arizona State University sociology professor, speaks on access to justice issues at national conferences and has been awarded a MacArthur Fellowship and been honored as a National Center for Access to Justice Champion of Justice.

NCSC is currently accepting nominations for the 2021 Burger Award. The deadline is Oct. 15.