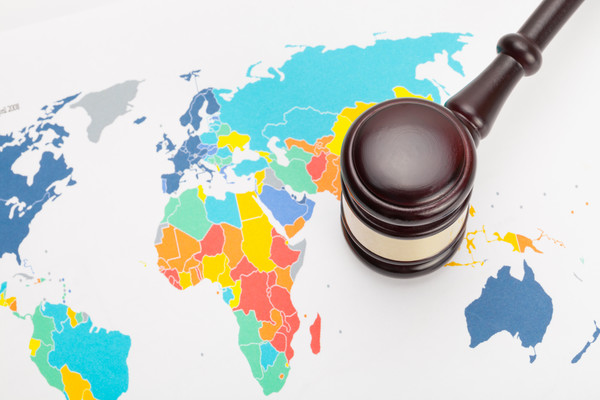 Those opportunities have shaped the division’s recently completed five-year strategic plan, which calls for expansion into more countries and closely aligns with NCSC’s commitment to the rule of law nationwide and worldwide.

“With this strategic plan, we want the court community to know that we understand the importance of establishing strong democratic institutions globally, " Apperson said. “Judicial branches in emerging democracies need a lot of help, and we want to strengthen them.”

The International Division typically works in about two dozen countries a year on a wide range of programs. For example, it recently:

Apperson said gloomy headlines of democracies teetering on the brink of collapse don’t discourage him. He added that democracies have always been in peril and there will always be a need for assistance.

“We have a good base of opportunity right now. We want to expand on it,” Apperson said.  “We want to be considered not just a program developer but a leader in strengthening the rule of law and justice administration abroad. This strategic plan maps out how we’ll do it.” 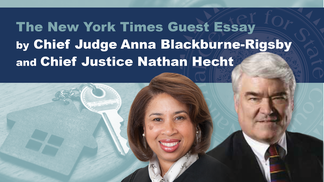 “Prevention and diversion programs enable courts to serve as a path toward stability,” wrote Chief Judge Blackburne-Rigsby and Chief Justice Hecht. “By holding virtual hearings, proactively sending tenants information about legal aid and rental assistance and slowing down the eviction process to give both tenants and landlords time to access those resources, courts ensure that their process is as fair as possible to all involved.”

Both court leaders sit on the advisory council for NCSC’s Eviction Diversion Initiative. The guest essay appeared online and in the Sunday, Jan. 16 print edition.