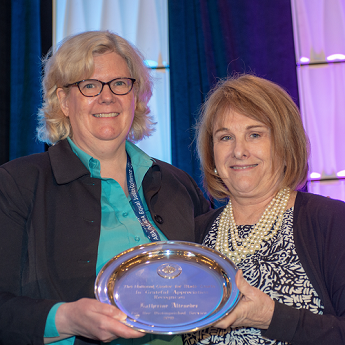 As Executive Director of SRLN, Alteneder leads a diverse international network of more than 2,000 justice system professionals working to close the access to justice gap through consumer-oriented innovation and reform. She has been an integral part of developing the national Justice for All Initiative, led by NCSC, and serves as a Senior Advisor and key collaborator of this groundbreaking initiative that brings traditional and non-traditional access to justice stakeholders together to plan for and implement transformational state civil justice efforts with the goal of achieving 100 percent meaningful access to justice for all across a continuum of services as called for by the Conference of Chief Justices.

Before joining the SRLN, Alteneder spent her career in Alaska, initially as a trial court law clerk and then a legal aid lawyer. In 2001, she joined the Alaska Court System and designed and launched the nation’s first remote self-help center serving all of Alaska from one location. The center was also unique in the nation at that time because it focused on providing services to people in contested actions. Operating solely through telephone and Internet capabilities, Alteneder sought to expand the court’s technology infrastructure and facilitated a partnership between Alaska Legal Services and the Alaska Court System that resulted in the center being awarded one of the early Technology Initiative Grants from Legal Services Corporation.

In 2008, Alteneder moved to private practice, establishing a successful unbundled practice supporting self-represented litigants in Alaska, and helped to create the first Unbundled Law Section of a state bar, as well as the innovative Early Resolution Project of the Alaska Court System. An early member of SRLN, she has long collaborated with NCSC.

Alteneder sits on the Advisory Committee for Voices for Civil Justice, serves as the Senior Advisor to the Justice for All Project, and is a Non-Resident Senior Fellow at the Georgetown Institute for Technology Law and Policy. She graduated from Northwestern University and Seattle University School of Law. Alteneder is admitted to practice in Alaska, Washington State (inactive), the U.S. District Court for Alaska, and the Ninth Circuit Court of Appeals. She resides in Virginia.