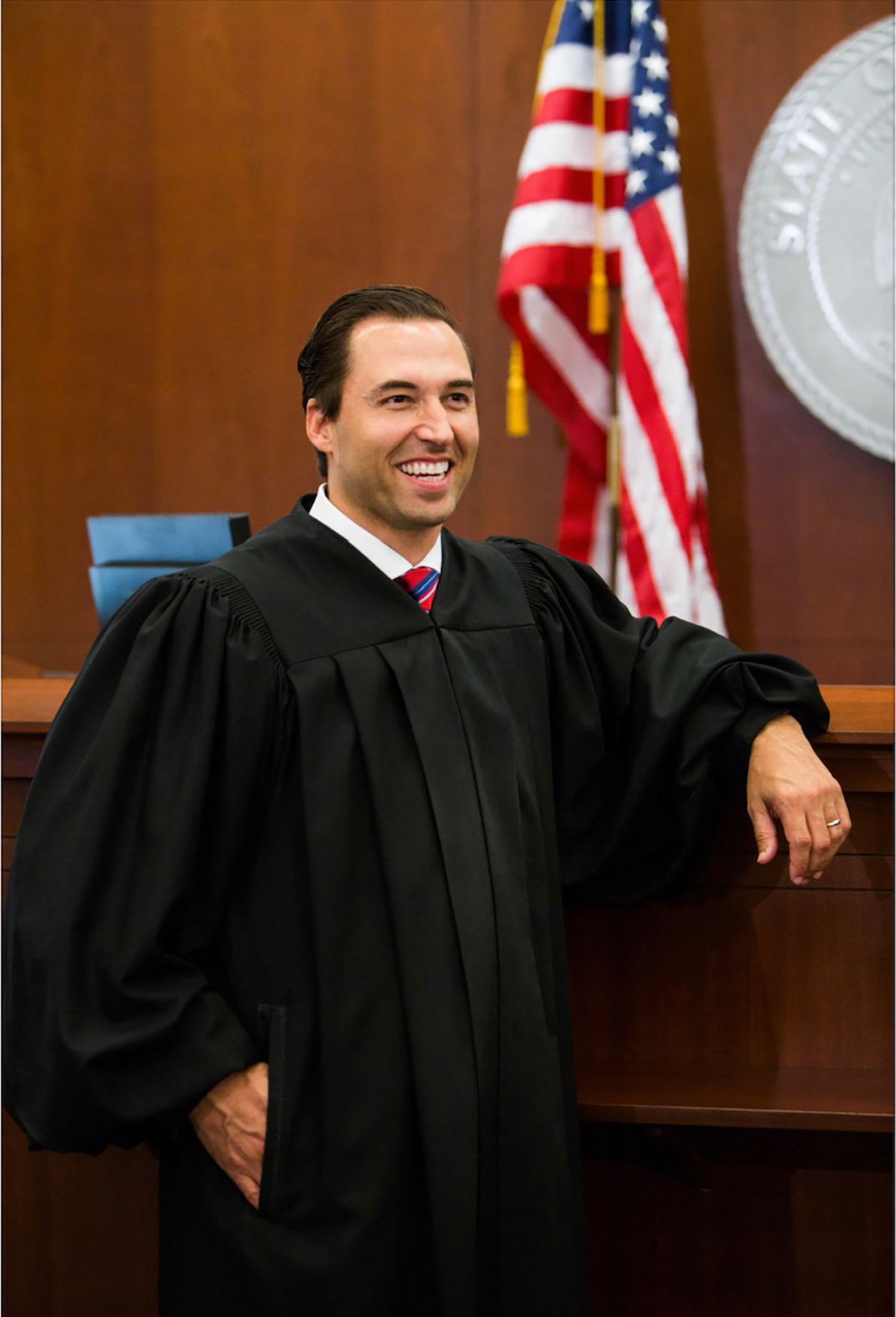 Williamsburg, Va., Oct. 12, 2021 – Louisiana District Court Judge Scott U. Schlegel, an energetic and passionate jurist who is a pioneer in using technology in Louisiana state courts, has been named the recipient of the National Center for State Courts’ 26th Annual William H. Rehnquist Award for Judicial Excellence, one of the highest judicial honors in the country.

Presented annually by NCSC, the Rehnquist Award honors a state court judge who demonstrates the outstanding qualities of judicial excellence, including integrity, fairness, open-mindedness, knowledge of the law, professional ethics, creativity, sound judgment, intellectual courage and decisiveness. Judge Schlegel, who sits in the 24th Judicial District Court in Gretna, is the first Louisiana judge to receive the award.

“Judge Schlegel has certainly exhibited all of these traits and has gained the respect and admiration of his colleagues and others who serve in state judiciaries across the nation,” said NCSC President Mary C. McQueen.

His early and extensive use of technology to improve accessibility and efficiency in the courtroom led to his appointment as chair of the Louisiana Supreme Court Technology Commission in 2020.

“The initiatives Judge Schlegel has brought to the Supreme Court for consideration have not only changed court systems, but are changing lives,” Louisiana Supreme Court Chief Justice John Weimer wrote in his nomination. “By allowing court users greater and more convenient access to the courts; in providing resources to lawyers and litigants; in offering alternative, more efficient ways to navigate the court process, Judge Schlegel is leading positive and technologically supported changes within the Louisiana system of justice.”

These changes save time for court users and result in cost savings, noted Chief Justice Weimer and other court leaders who nominated Judge Schlegel for the award. One change involves creating uniform websites for district courts statewide that will include online calendaring systems, web pages with remote court access and online forms and resources. To date, Judge Schlegel has overseen the construction of more than a dozen new websites.

“His creativity in weaving various technologies throughout the justice system is bringing Louisiana courts into the digital age with positive collateral consequences for all court users,” wrote nominator Jennifer Eagan, liaison counsel to the state’s district judges.

Judge Schlegel earned a bachelor’s degree in finance at Louisiana State University and started a career in financial services before he decided to pursue a law degree at the Loyola University New Orleans College of Law. After law school, he practiced civil law with a focus in products liability law before becoming a prosecutor in Jefferson Parish; first in the domestic violence prosecution unit and then in the felony division. He became a general jurisdiction district court judge in May 2013.

Since then, he has been at the forefront of modernizing the justice system. His keen knowledge of civil and criminal processes, coupled with a creative look at procedure has allowed Judge Schlegel to coax outmoded methods into the digital age.