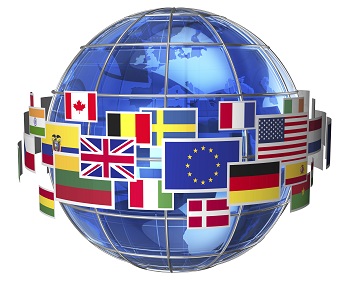 Judicial Reform
Judicial reform plays a central role in the efforts of countries around the world to strengthen the rule of law. Judicial reform can include judicial administration, compensation, judicial independence versus accountability, performance evaluation, and judicial selection and retention. This resource guide examines international efforts and guides to study and implement judicial reform strategies.

Access to Justice
Access to justice is perhaps the most essential aspect of judiciaries worldwide. Without the ability to physically access courthouses, understand court proceedings, or obtain legal representation, other efforts to reform and improve the courts matter little. This resource guide examines international efforts to study and improve access to justice. It includes resources on measuring access to justice, barriers to accessibility, and efforts to develop solutions.

Civics Education
An educated citizenry is essential to the principles of fairness and justice. In order for a justice system to be accountable to the people, the people need to be aware of their rights and the limits on judicial power. To that end, civics education aims to create an informed and responsible citizenry committed to the principles of justice and armed with the knowledge necessary to enforce those principles. This resource guide examines international efforts to improve civic education around the world.

Finkel, Steven E. The Impact of Adult Civic Education Programmes in Developing Democracies. (August 2014). This article argues that civic education can have meaningful and long-lasting effects in terms of increasing political information, increasing feelings of empowerment, and mobilizing individuals; but it is unlikely to affect deep-seated democratic values such as political tolerance, support, and trust.

Women's Rights
Public trust and confidence in the courts' ability to dole out justice is important to the legitimacy of the judiciary. As such, the struggle for women to gain equal representation on the bench, for fair treatment in proceedings, and to have their rights protected is crucial. This resource guide is divided into two categories: (1) women on the bench, and (2) women's rights. The category of "women on the bench" includes resources and efforts regarding increasing the number of women judges, as well as a collection of associations of women judges. The category of "women's rights" includes resources on women's rights generally, and on the specific issue of access to justice.

Human trafficking is an issue that affects all regions of the world, and is generally considered a human rights violation. Although prevention is an important aspect of the fight to end human trafficking, prosecution is also important. To that end, courts around the world are or should be working towards learning how to best handle such cases, especially in the absence of any international court responsible for doing so. This resource guide includes studies and suggestions for combating human trafficking through the judiciary.