The Future of Restoring Voting Rights for Ex-Felons: The Surprising Facts 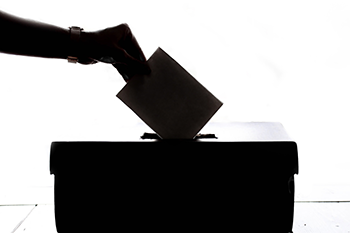 Should ex-felons have their right to vote restored? If so, will this have any effect on court workloads?

Traditionally, defendants convicted of a felony lost their right to vote, sit on a jury, and (in most states) possess a firearm. It was commonly thought that losing the right to vote was permanent. This perception can be seen even now in a recent New York Times article that focuses on the 6.2 million citizens with felony convictions who are barred from voting.[1]

The landscape on allowing convicted felons to vote has been changing. Many states now allow ex-felons who have completed their sentences to vote. Most notably, in this recent election, Florida voters decided to allow ex-felons to have their voting rights restored upon completion of their sentence, which reverses the previous law that imposed a lifetime ban on ex-felons voting.[3] Asking a court to reduce a felony conviction to a misdemeanor, or expunge a conviction, would be another way an ex-felon could become eligible to vote.

Depending on what ex-felons must do to have voting rights restored, this trend could affect the courts.

Ex-Felons and Voting: The Changing Landscape

Twenty-two states automatically allow ex-felons to register to vote after they have completed their entire sentence, including incarceration, probation, and parole.

That still leaves twelve states where ex-felons must wait well after their sentence is over to request restoration. Usually, defendants must either petition a court or request a pardon from the governor. Kentucky and Iowa have lifetime bans.

Arguments For and Against Granting Ex-Felons Voting Rights

How will extending voting rights to ex-felons affect court operations and workload?

Restoration of voting rights to ex-felons will have minimal effect on courts in the opinion of both Alan Slater and Jeff Amram. Alan remarked, “Registrars of voters will have additional work to do, but once individuals have been registered to vote, courts should not be greatly impacted. One sticking point may be those who must register as sex offenders for life in some states (e.g., California). It could be argued that they never fully ‘complete’ their sentences and become eligible.” Jeff did not see a significant workload issue for courts unless a state legislature imposes one. Washington State changed the law a few years ago, and the effect on workload was imperceptible.

Sarah Brown-Clark did not see that it would impact the actual judge-court process; the bulk of the additional work will be taken up by the clerks of courts. “Clerks will be the ones to research and validate the records for prospective reentry voters. However, in cases where felons are seeking reduced charges, there may well be an increase in courtroom activity.”

Jeff Barlow agreed that this issue will not have as much effect as expungements and programs to clear one’s criminal record. “The bigger problem for courts, I think, is going to be records and data-access-control questions.”

Andra Motyka estimated that how the laws are written and passed by the legislatures will determine the workload effect on courts. “I think most of the workload will fall on election offices. If the ex-felon must petition the court for reinstatement of their rights or to certify that a sentence has been discharged, there would be a court workload issue, but that workload would not be substantial. While some ex-felons are determined to vote, the vast majority, I suspect, are not and unfortunately won’t bother.”

Alan Carlson pointed out that if the law takes effect “automatically” when an ex-felon finishes the sentence, with no need to go to court to get a ruling to this effect, it will probably not have much effect. “But if the law reads that a person must go to court to get voting rights reestablished, someone (i.e., victim?) could challenge the return of rights, or that a court must certify that all aspects of the sentence have been completed, it could have an impact. It might be a ‘bump’ initially to deal with the accumulated ‘backlog,’ but it would taper off quickly. California went through this a few years ago with laws changing the definition of a felony in less serious cases and allowing defendants to come to court and get charges reduced. In San Diego, the public defender filed between 5,000 and 6,000 petitions in the first couple of weeks, but it tapered off in a few months.”

Is extending voting rights to ex-felons a preferred future?

Sarah Brown-Clark, Andra Motyka, and Alan Slater all agreed that restoring voting rights to ex-felons is a preferred future. Andra thought states could choose from several options: allow prisoners to vote while incarcerated, allow ex-felons to vote upon release, or allow ex-felons to vote after completion of their sentences. States can choose the option least objectionable to voters in that state. Alan Slater saw restoring voting rights to those who have completed their “debt to society” as a good and appropriate policy. “I think it provides at least some incentive to continue to participate as a good citizen and not return to a life of crime and back to prison.”

Alan Carlson said that it is his preferred future, but he is not convinced that most of the public agrees. Since so few people vote anyway, those who do not will see little harm in preventing others from being allowed to vote. There are also people who establish barriers to voting, relying on the threat of voter fraud. They will not be in favor of ex-felons having voting rights restored.

If enough Americans believe in reducing the impact of past systemic racism in the justice system, then Alan Carlson thinks there will be a trend toward restoring voting rights. “There also needs to be a sense that when someone has served their time and complied with all sentencing terms, then society needs to accept them back and consider them rehabilitated, at least as to voting.” Continuing to prevent a person from being able to vote when they have “done their time” really says they have not yet done their time and makes them less committed to a society that “won’t let go.”

Although Jeff Amram said he thought it likely that the percentage of felons voting will be small, it should still be a preferred future.

Thanks to Alan Carlson, Sarah Brown-Clark, Jeff Amram, Alan Slater, Andra Motyka, and Jeff Barlow for helping to analyze this dynamic trend that is touching the nation. The effect it will have on the courts seems still to be decided depending on how new laws are written, but there is agreement that it is a preferred future.