Supreme Court steps in to halt states' predatory fines. In a unanimous opinion written by Justice Ruth Bader Ginsburg, the court held it is “fundamental” to liberty to protect against excessive fines, and a state cannot circumvent the Excessive Fines Clause of the Eighth Amendment by renaming a criminal fine a civil forfeiture, or by seizing a vehicle in lieu of currency.

National Consumer Law Center (NCLC) Commercialized (In)Justice Consumer Abuses in the Bail and Corrections Industry Report discussing the abuse arising out of the commercialization of the criminal legal system and mass incarceration.

National Task Force on Fines, Fees, and Bail Practices. Bail Reform: A Practical Guide Based on Research and Experience.

ACLU’s A New Vision for Pretrial Justice in the United States, by Andrea Woods and Portia Allen-Kyle, March 2019. 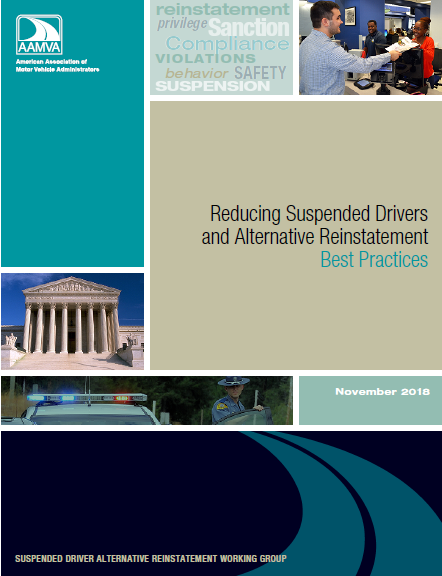 ACLU (2018) A Pound of Flesh: The Criminalization of Private Debt.

Law Enforcement Leaders To reduce Crime & Incarceration (September 2017) Letter of Support for the Pretrial Integrity and Safety Act of 2017.

Michael W. Sances, and Hye Young You (May 2017) Who Pays for Government? Descriptive Representation and Exploitative Revenue Sources.

Color of Change and ACLU's Campaign for Smart Justice (May 2017) Selling Off Our Freedom: How Insurance Corporations Have Taken Over Our Bail System.

Vera Institute for Justice (May 2016) Justice in Review: New Trends in State Sentencing and Corrections 2014-2015.

Zatz, Noah, et al. (2016) Get To Work or Go To Jail: Workplace Rights Under Threat, UCLA Institute for Research on Labor and Employment.

Council of Economic Advisers (2015)  Fines, Fees, and Bail Payments in the Criminal Justice System that Disproportionately Impact the Poor.

National Association of Counties (2015) County Jails at a Crossroads: An Examination of the Jail Population and Pretrial Release.

National Institute of Corrections (2014) Fundamentals of Bail: A Resource Guide for Pretrial Practitioners and a Framework for American Pretrial Reform.

Center for Community Alternatives (2013) When All Else Fails, Fining the Family.