NCSC established this position in support of a resolution adopted in July by the Conference of Chief Justices (CCJ) and the Conference of State Court Administrators (COSCA) that pledges to make the courts more equitable for everyone.  The resolution recognizes that “too many persons, especially persons of color, lack confidence in the fairness of our courts and our criminal justice system.” Both CCJ and COSCA reaffirmed their commitment to intensifying “efforts to combat racial prejudice within the justice system, both explicit and implicit, and to recommit ourselves to examine what systemic change is needed to make equality under the law an enduring reality for all, so that the justice we provide not only is fair to all but also is recognized by all to be fair.”

CCJ President Nathan Hecht, Chief Justice of the Texas Supreme Court and Chair of the NCSC Board of Directors said,“I am confident that Edwin Bell is just the person to lead our national efforts to focus on these critical issues and assist our state courts in leading necessary reform.”

Mr. Bell will lead this charge under the office of NCSC President Mary C. McQueen. “Edwin Bell is one of those court leaders whose career has demonstrated his ability to communicate, to collaborate and to build effective coalitions.  We look forward to having him join the NCSC team,” Ms. McQueen said.

Mr. Bell brings more than 15 years of court administration experience to NCSC. In his current position, which he has held since 2012, Mr. Bell has overseen the day-to-day operations of the administrative and support functions of the Stone Mountain Circuit, including human resources, the development of policies and procedures, and strategic planning. Prior to joining the Stone Mountain Circuit, he served as Clerk of Court for the juvenile court of Fulton County. Mr. Bell’s prior experience includes working with the Georgia Administrative Office of the Courts, the Office of the Governor (Georgia) in the Criminal Justice Coordinating Council, and for Georgia’s State Board of Pardons and Paroles.

The National Center for State Courts, headquartered in Williamsburg, Va., is a nonprofit court organization dedicated to improving the administration of justice by providing leadership, innovation, and service to the state courts and courts around the world. Founded in 1971 by the Conference of Chief Justices and Chief Justice of the United States Warren E. Burger, NCSC provides education, training, technology, management, and research services to courts and other justice system partners.

National court leaders expressed their support and enthusiasm for the creation of this position and Mr. Bell’s appointment: 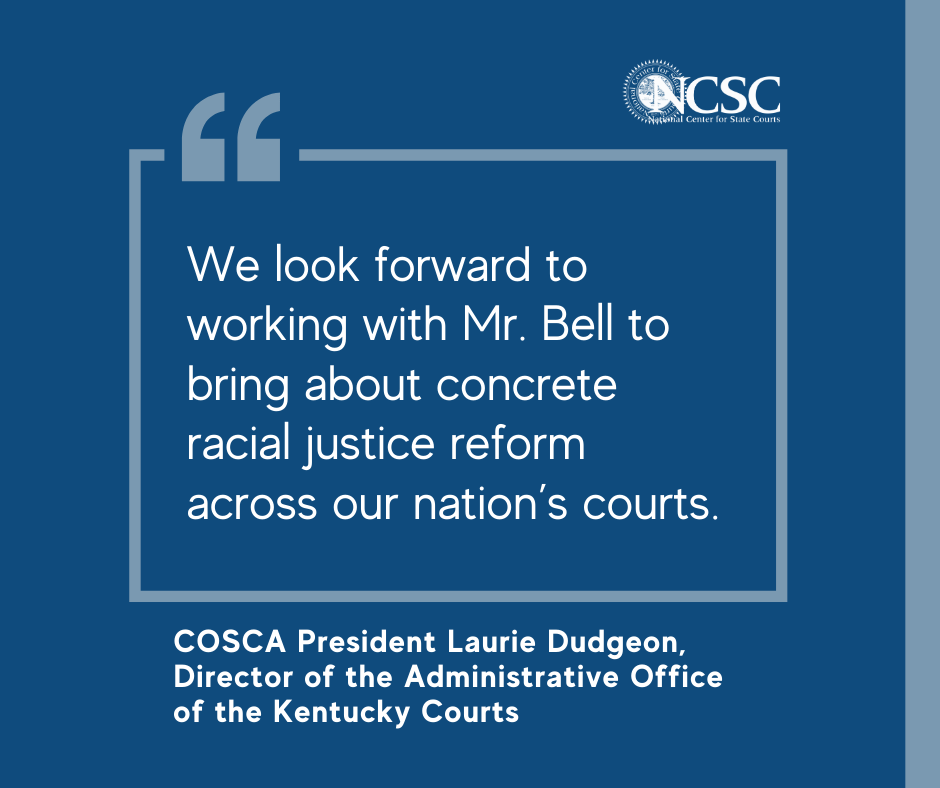 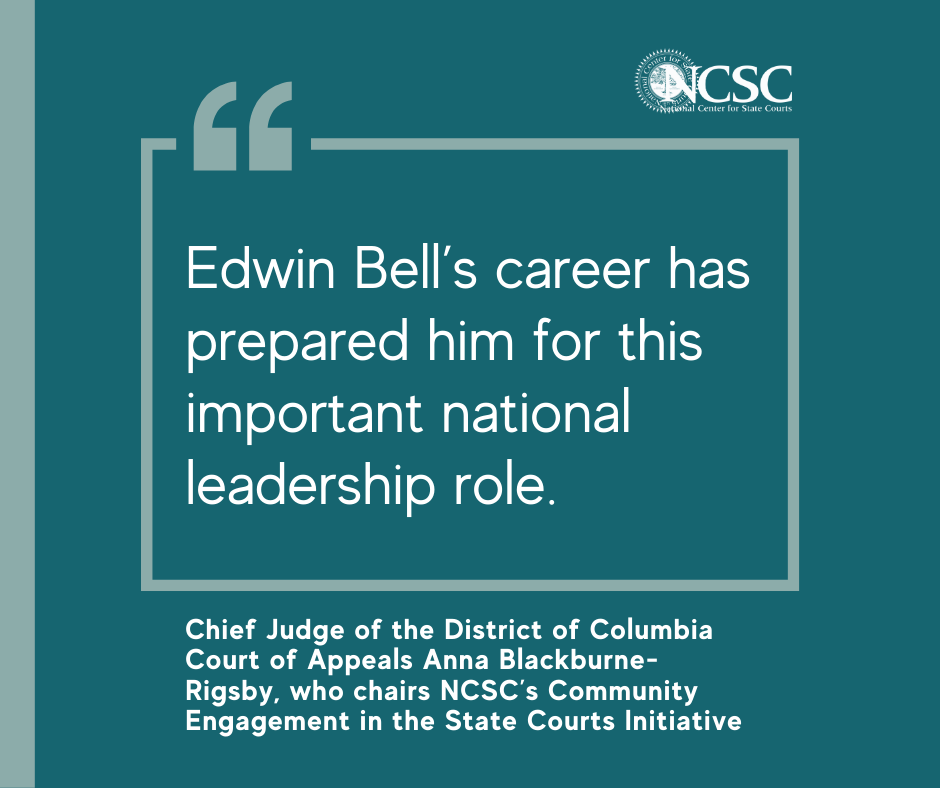 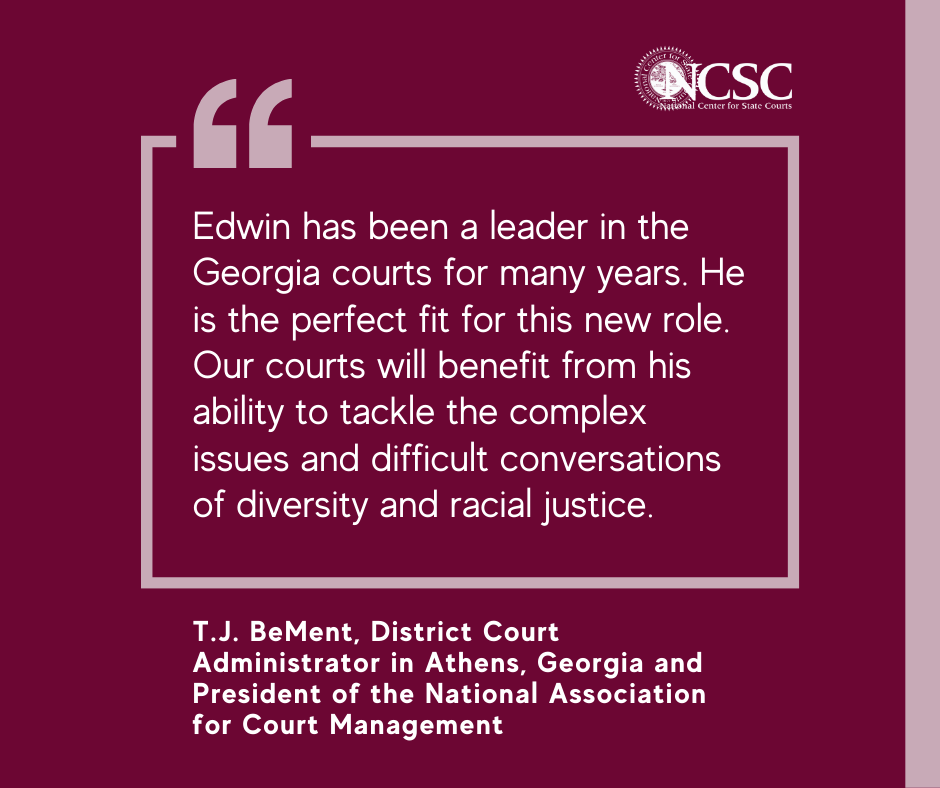 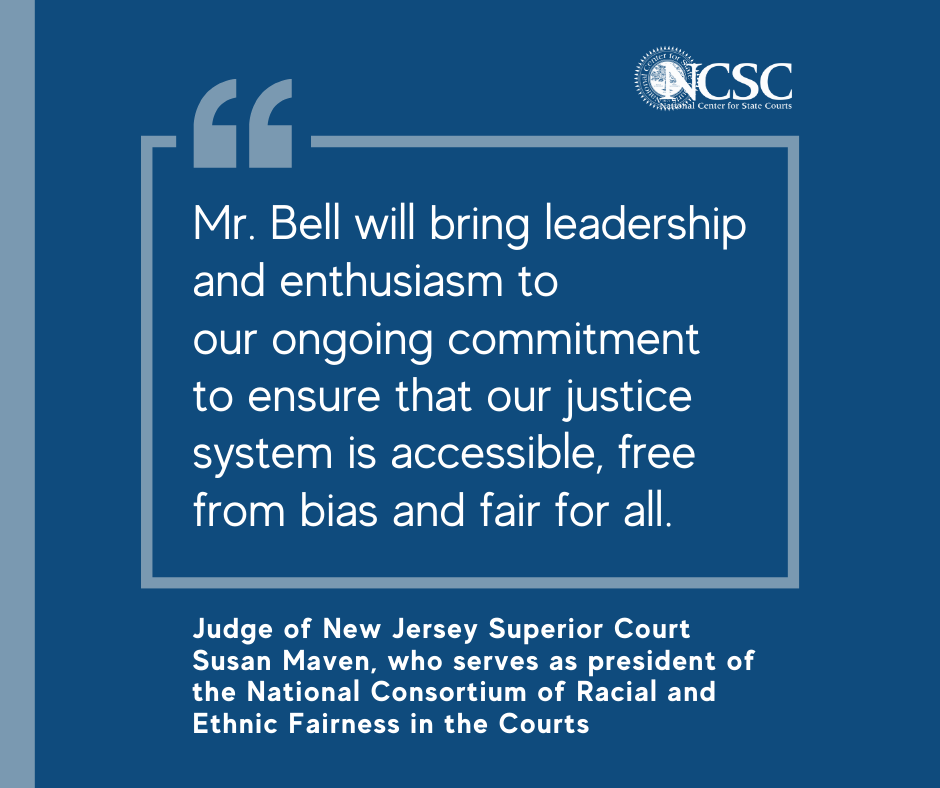