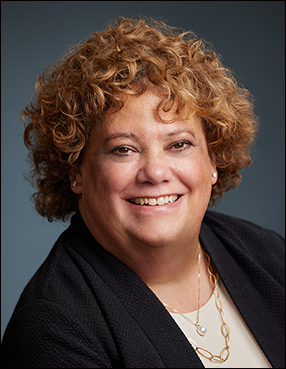 One of the highest judicial recognitions in the country, the Rehnquist award honors a state court judge who demonstrates the outstanding qualities of judicial excellence, including integrity, fairness, open-mindedness, knowledge of the law, professional ethics, creativity, sound judgment, intellectual courage and decisiveness.

“The National Center for State Courts is thrilled to present this award to Judge Waller,” said NCSC President Mary C. McQueen. “We have had the pleasure of working with her on many projects over the years, and I can’t think of a more dedicated and deserving jurist to receive this honor.”

“Judge Waller has been a wise, compassionate and relentlessly persistent leader in a wide range of major court issues in Oregon – and playing out across the nation – over the past 30 years,” Chief Justice Martha L. Walters wrote. “Judge Waller makes a difference - one vulnerable child, teen, or adult at a time – providing a bridge, and often a lifeline, that brings the potentially impersonal justice system down to a human level with compassion, listening, legal expertise, and a commitment to equity and justice.”

“For 30 years, Judge Waller has helped shape a better life for all Oregonians through her thoughtful, compassionate, and diligent work on the bench, in our state court system, and through her leadership in national efforts to improve access to justice,” the governor wrote.

Judge Waller has a rich history of judicial and legal service at the local, state and national levels. One of her current activities is serving on the National Judicial Task Force to Examine State Courts’ Response to Mental Illness, a group dedicated to fostering multi-disciplinary, collaborative coordination among local, state and federal agencies and service providers to improve public safety and treatment outcomes. She has also been celebrated with numerous awards that recognize her public service and commitment to family and children throughout her legal career.

Judge Waller is a graduate of the University of Oregon School of Law and Stanford University and resides in Portland.