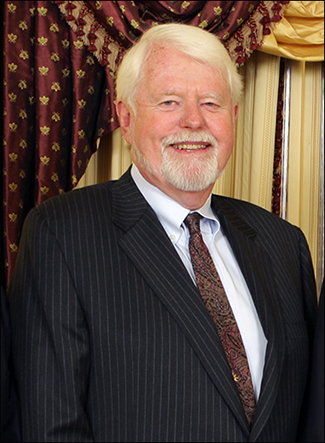 Williamsburg, Va., Dec. 7, 2022 – National court leaders are mourning the loss of Larry Lee Sipes, who served as president of the National Center for State Courts from 1990 to 1996. Mr. Sipes passed away November 30 in his native California.

Mr. Sipes said one of his proudest accomplishments was leading the organization during a severe recession in the early 1990s. He noted in his letter in NCSC’s 1993 Annual Report: “Most importantly for our constituents, all of the National Center’s many services were preserved … through the recession.”

“Larry was a visionary and dedicated his professional career to providing justice through improving our courts," said NCSC President Mary McQueen. "His leadership, dedication and commitment became the cornerstones for the National Center for State Courts:  'Trusted Leadership – Proven Solutions – Better Courts.'"

In 2004, Mr. Sipes and his wife, Dale, an accomplished researcher who also wrote about court backlogs, were inducted into NCSC’s Warren E. Burger Society.  In 2021, Mr. Sipes traveled back to Williamsburg, Virginia, to participate in NCSC’s 50th anniversary celebrations.