The State of State Courts: A 2017 NCSC Public Opinion Survey 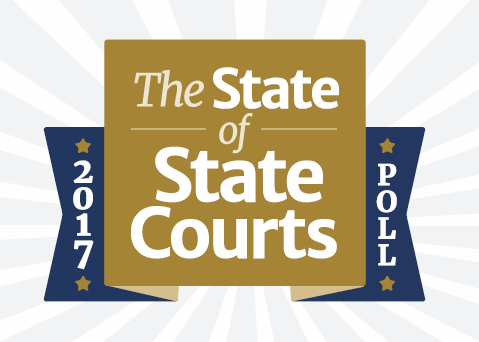 For the fourth consecutive year, NCSC contracted with GBA Strategies to conduct a comprehensive public opinion survey of 1,000 registered voters in order to gauge current levels of public trust and confidence in the state courts.

The survey was conducted by telephone between October 30-November 1, 2017.  Survey findings are considered accurate within  +/- 3.1 percent, 19 times out of 20.

Key findings of the 2017 survey include: