The State of State Courts: A 2018 NCSC Public Opinion Survey 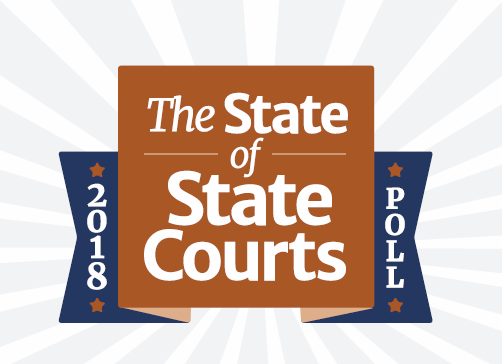 For the fifth consecutive year, NCSC contracted with GBA Strategies to conduct a comprehensive public opinion survey of 1,000 registered voters in order to gauge current levels of public trust and confidence in the state courts.

Key findings of the 2018 survey include: