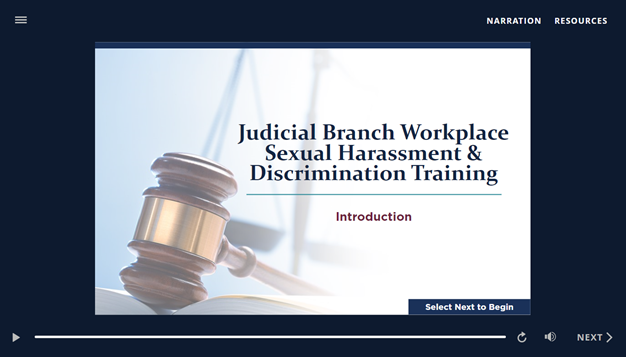 This interactive online training has an introduction and five training modules that discuss caselaw under the code of judicial conduct and other authorities to provide guidance for judges on avoiding workplace sexual harassment and discrimination. Topics covered include: the impact of judicial misconduct on public trust and confidence, how the balance of power affects relationships, offensive and inappropriate behavior such as jokes, and the investigation process. The entire training takes approximately 60 minutes. Click here for a list of cases cited in each module. To learn more about these and other judicial ethics and discipline issues, sign up for the quarterly Judicial Conduct Reporter and the Center for Judicial Ethics blog.