In September 2017, the Leadership Committee finalized the RJOI Charter signed by the Chief Justices from the region and established the organizational structure of the initiative. The eight RJOI states include: Illinois, Indiana, Kentucky, Michigan, North Carolina, Ohio, Tennessee, and West Virginia.

The Leadership Committee is comprised of the Chief Justices and State Court Administrators of each of the RJOI states. The Leadership Committee creates the organization and decision-making structure of the initiative. They determine the scope of work, goals and strategies, and establish committees. They also appoint the members of the Judicial Committee.

The Judicial Committee is comprised of at least two judges from each state as appointed by the Leadership Committee. These “judicial champions” guide the day to day work of the initiative.  Many of these judges are co-chairs of the project committees. Project Committees include at least one judge as a co-chair and members from the RJOI general membership.

RJOI membership includes representatives from a cross-section of all three branches of state and local governments, along with partners in the private sector and the federal government. Each RJOI state has a team of stakeholders that include a broad array of agency representation as depicted in the figure below. 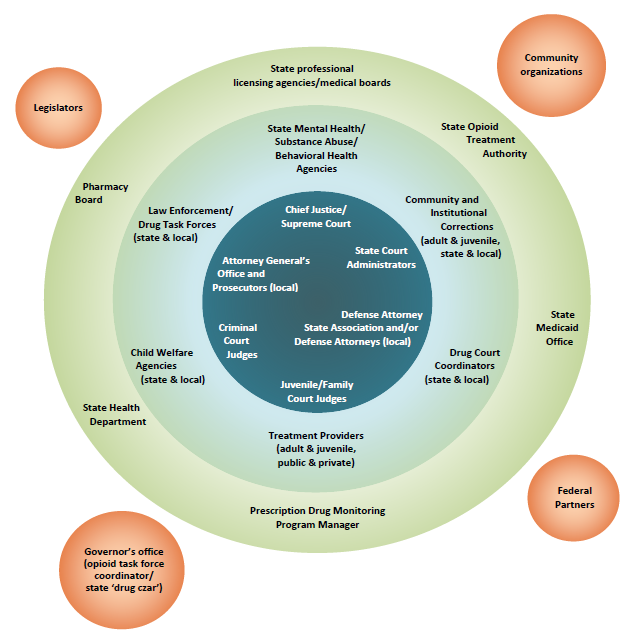